Prior to this wedding, we had not planned an orthodox Jewish wedding before. We were already familiar with the signing of the ketubah, the ceremony under the chuppah, dancing the hora, and a few other traditions. I had attended a wedding as a guest where there was a tisch and bedeken but I had no idea what they were. We learned a lot in planning this wedding at the Carnegie Institute of Science in Washington, DC and subsequently felt more confident with the planning of another orthodox Jewish wedding. All photos by Documentary Associates

The wedding day started with the bride and grooms receiving guests during the Kabbalat Panim. After the tisch, the groom made his way to see his bride. They signed the tenaim, a pre-nuptial agreement of sorts. Per tradition, the mothers of the bride and groom together broke a plate, symbolizing the irreversible nature of marriage. The couple then signs the ketubah. The grooms veils his bride and everyone is invited to find a seat for the ceremony under the chuppah. 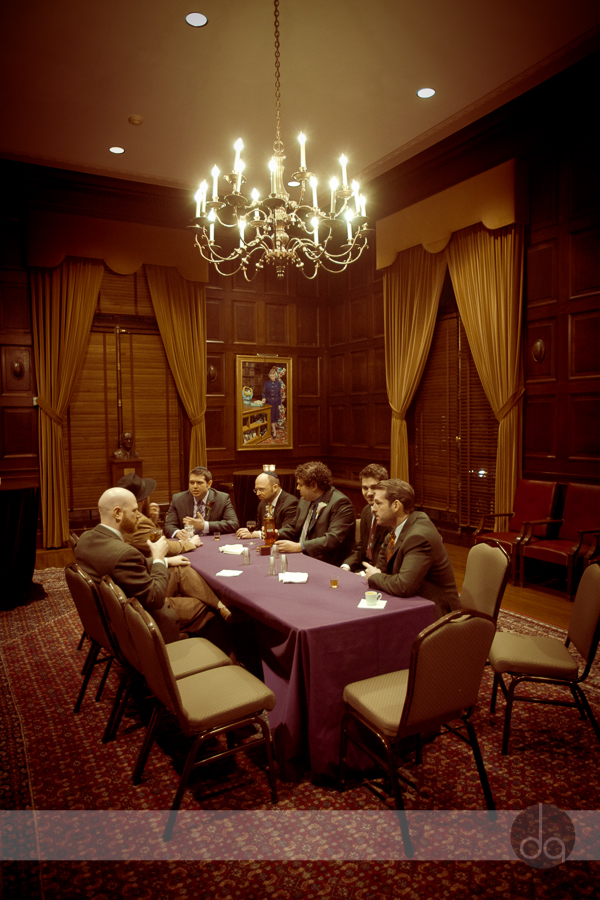 The groom at his Tisch. 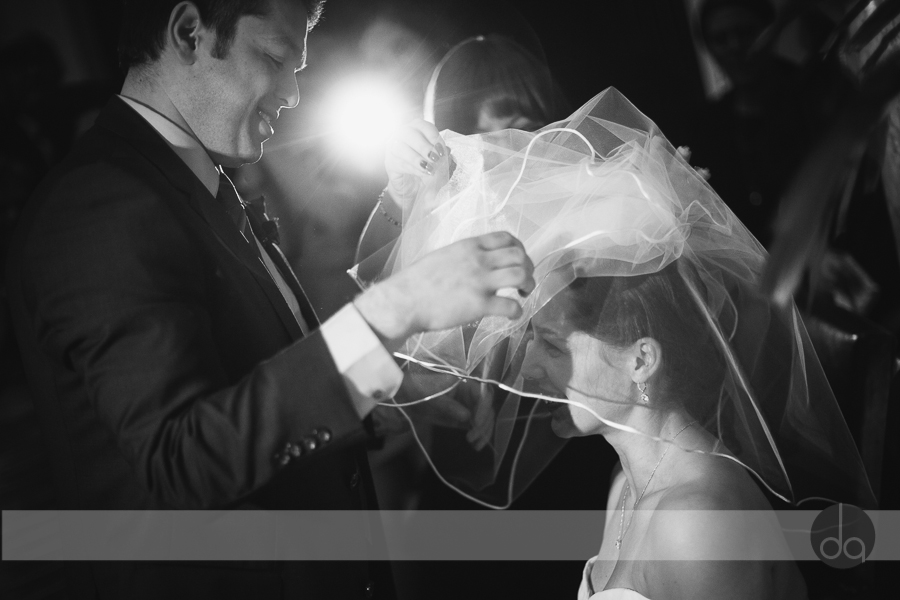 The bride and groom see each other for the first time. He makes sure he’s marrying the right girl and veils her before the ceremony. 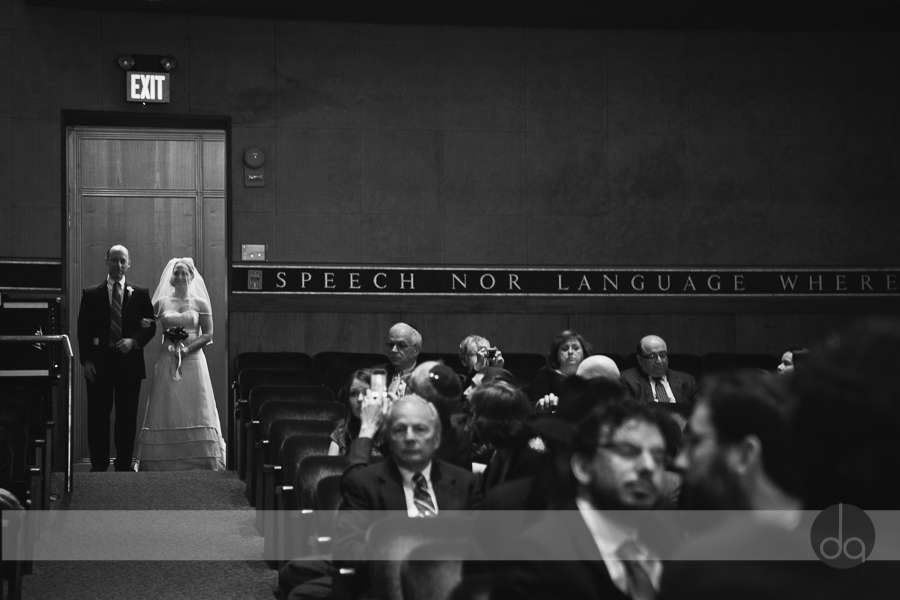 Using the Auditorium for the ceremony provided for some dramatic and interesting photographic opportunities.

The ceremony under the chuppah looked quite dramatic on the Auditorium stage.

The guests performing their shtick during the reception to entertain the bride and groom! Now I know where the term shtick comes from! 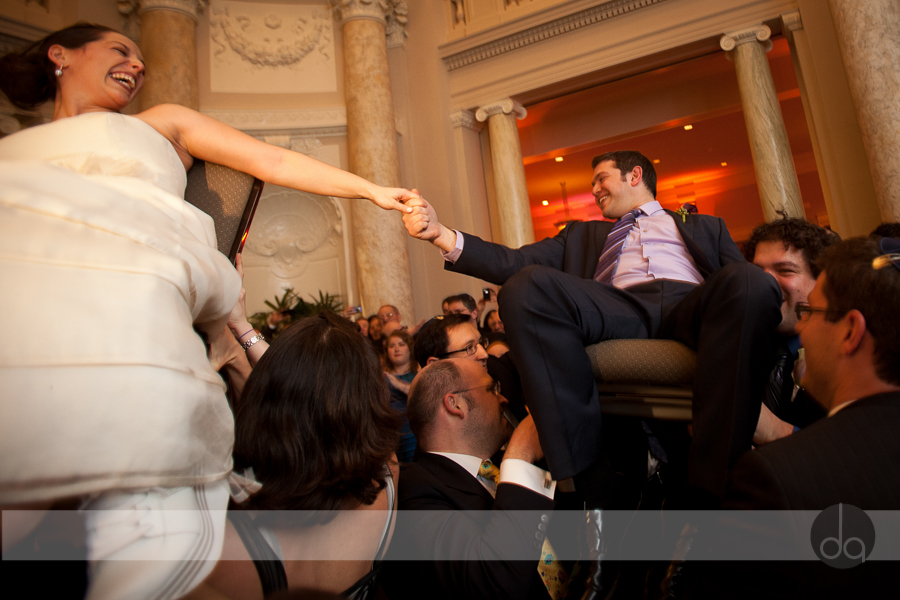 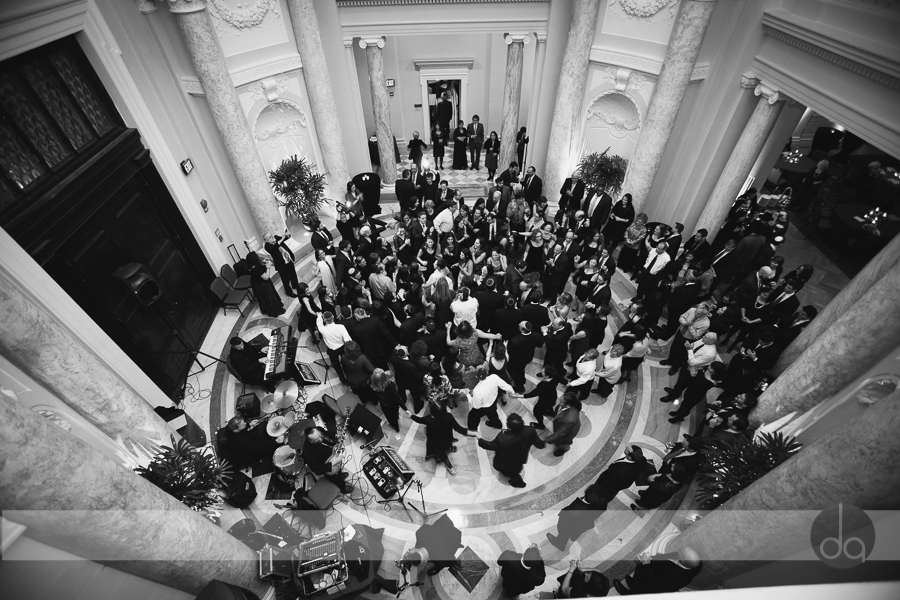 All the guests participated in the dancing of the hora. 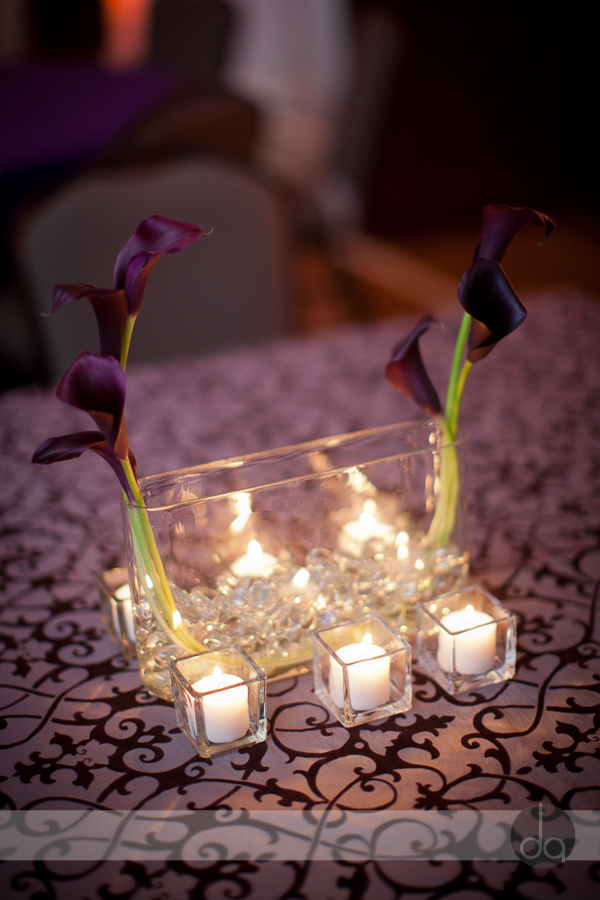 Click here for more Jewish weddings from our archives.

We often showcase the talented wedding photographers we are fortunate to work with here in the Washington, DC area, but let’s not forget the equally talented videographers and filmmakers. Check out this highlight wedding video of this late fall Jewish wedding at the Fairmont Hotel in Washington, DC. Videography by Bowen Films

A recap of this wedding is in this blog post. Check out more Real Weddings at the Fairmont Hotel and in Washington, DC, and fall weddings.
Save 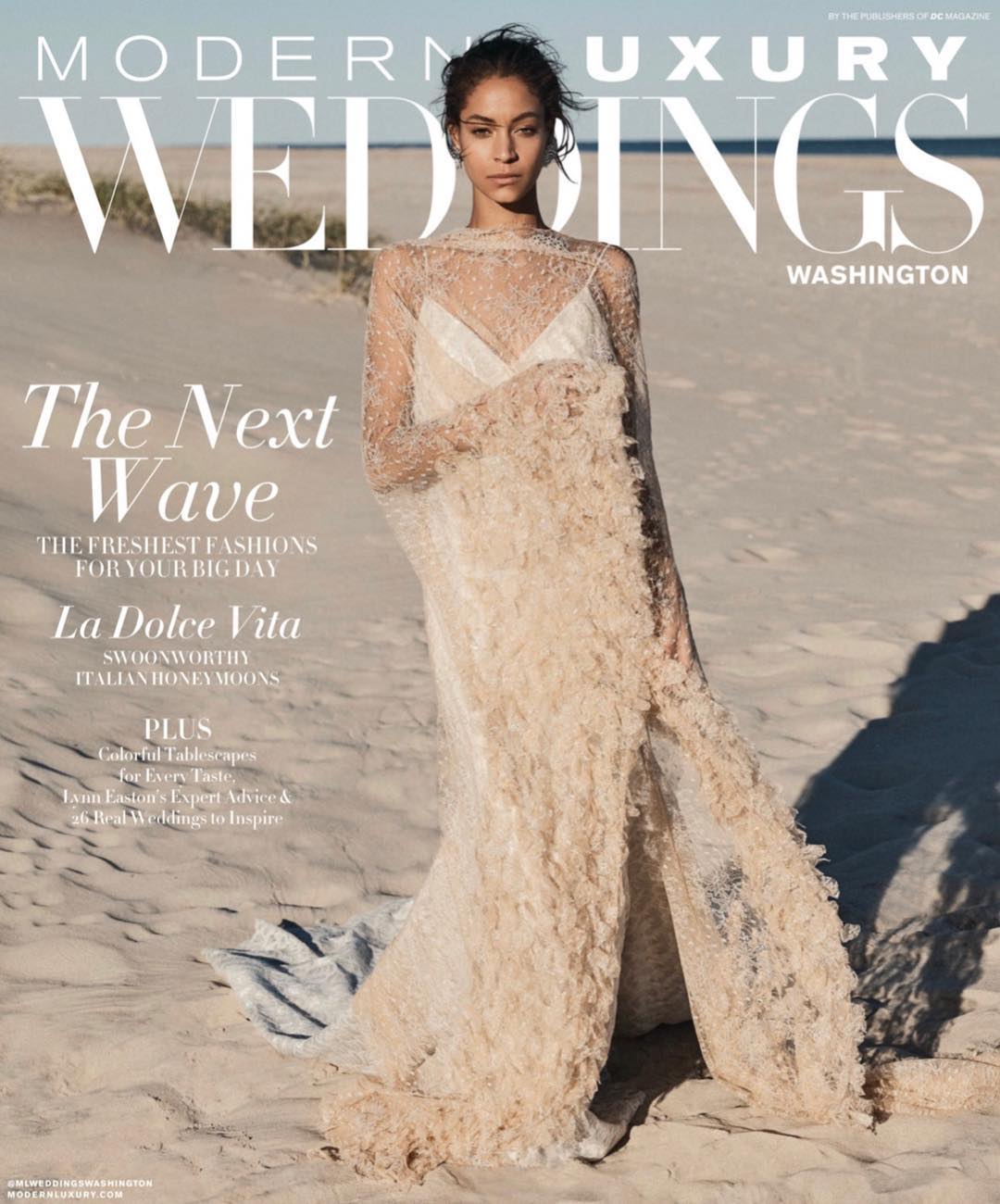 We are thrilled and grateful that Modern Luxury Weddings Washington featured Madeline and Josh’s formal, romantic, modern yet classic wedding in their Winter/Spring 2019 issue. I was honored to be their wedding planner and loved working on their wedding at the Fairmont Hotel in Washington, DC. All photos by  Kurstin Roe Photography. 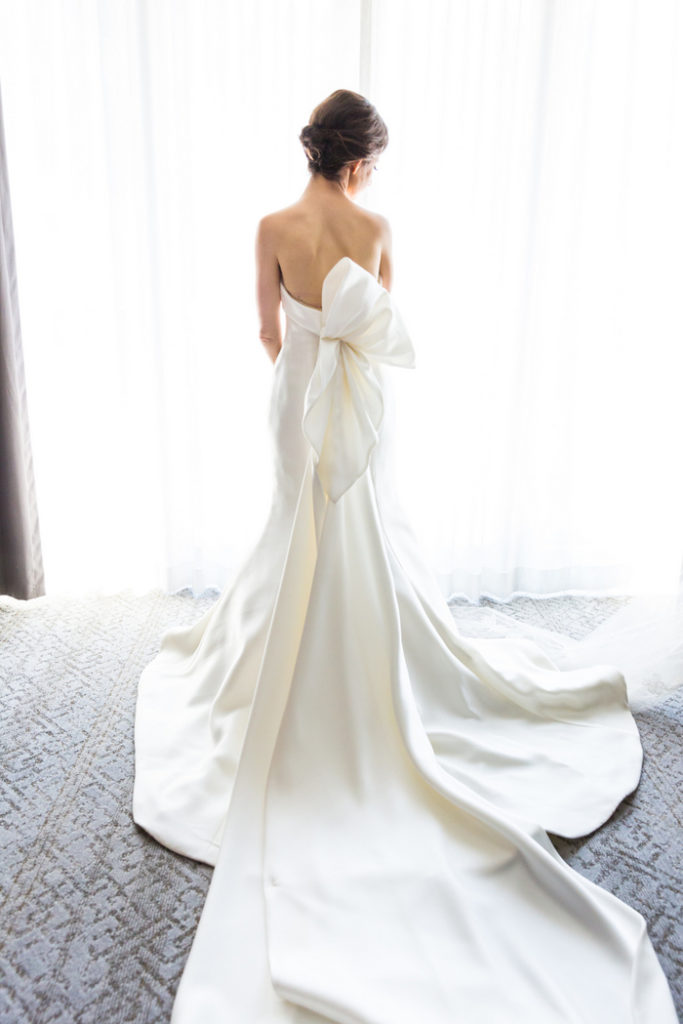 Look at the dramatic bow train of this Sareh Nouri wedding gown! 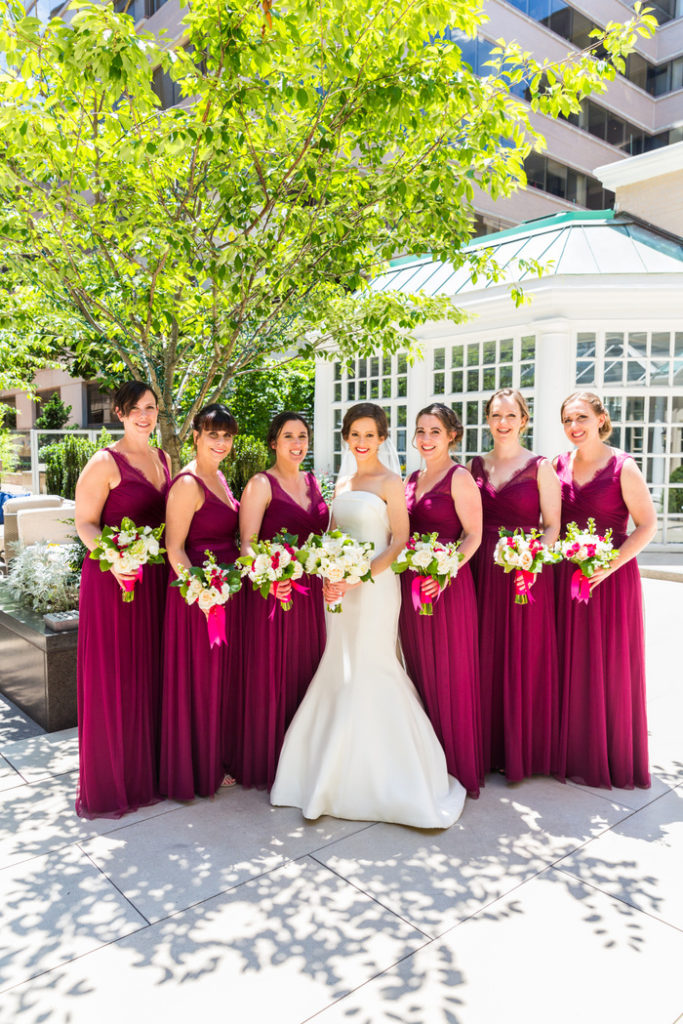 Loved the color of this BHLDN Fleur bridesmaids dress. 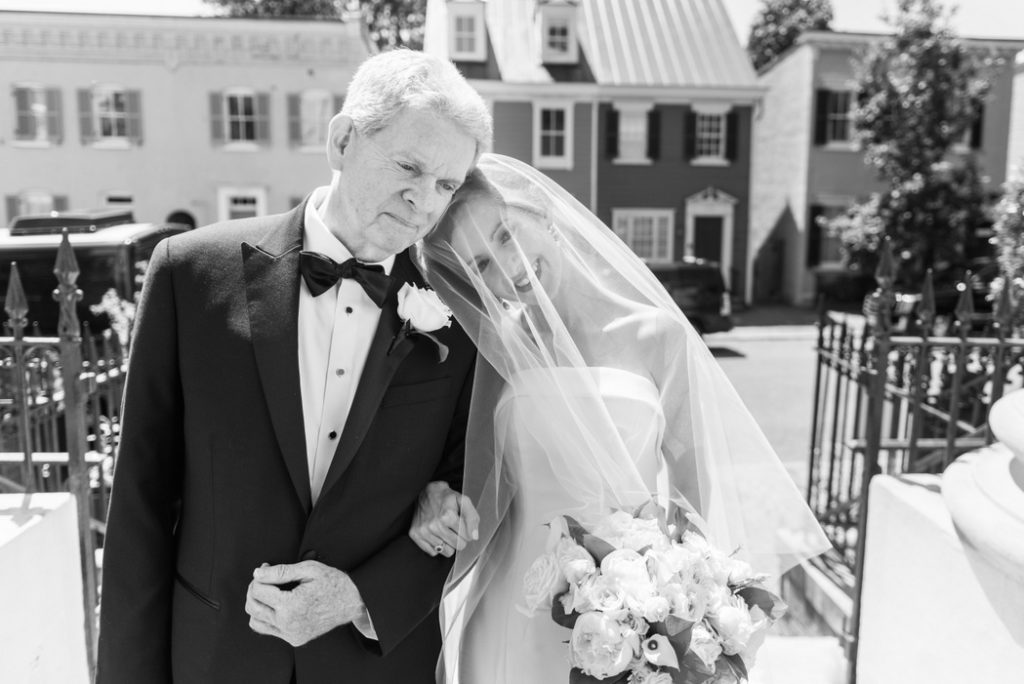 Before she walked through the doors and down the aisle, the bride and her father had a special quiet moment, with the perfect sun light hitting her veil.

First ceremony of the day: a Catholic ceremony at the same church where the bride’s parents also got married 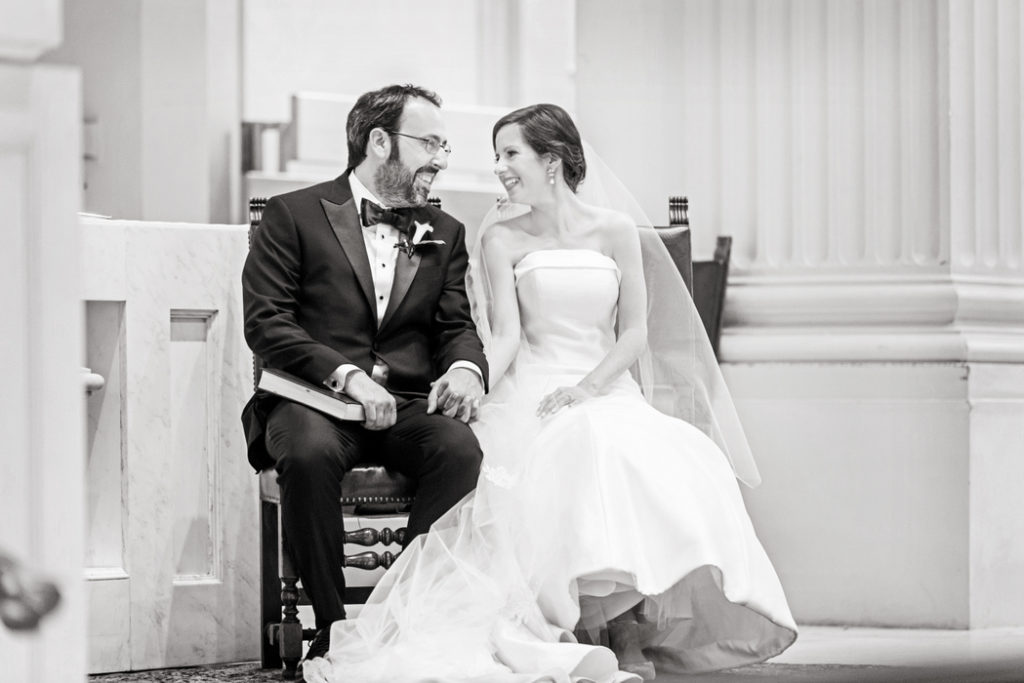 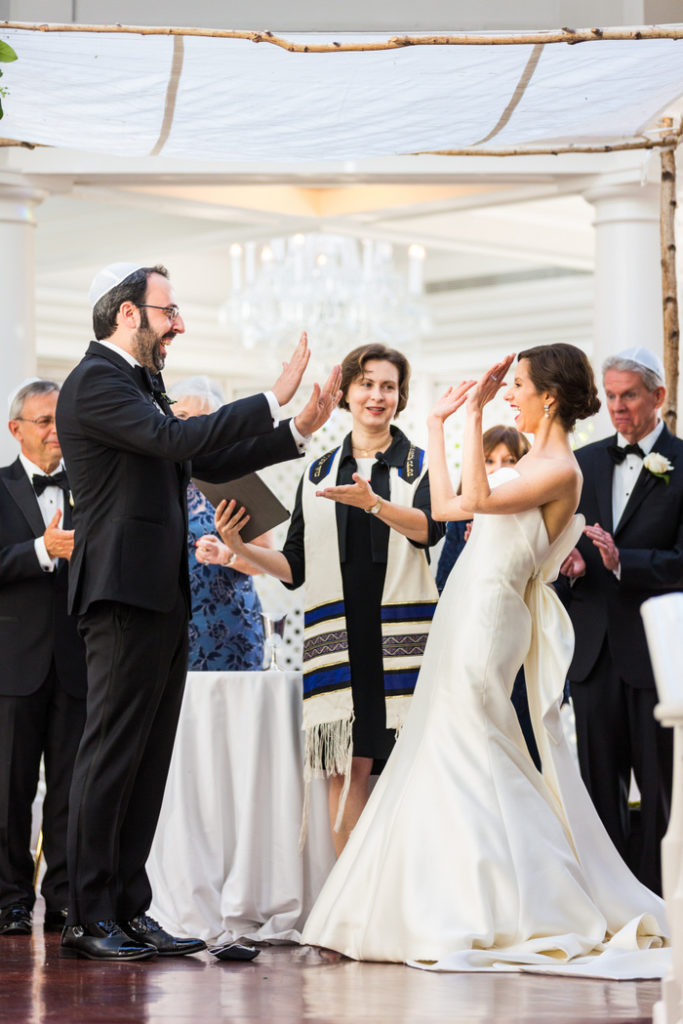 Ceremony #2: a Jewish ceremony honoring the groom’s religion at the Fairmont Hotel. Two ceremonies in one day! Yes that deserves a high five! 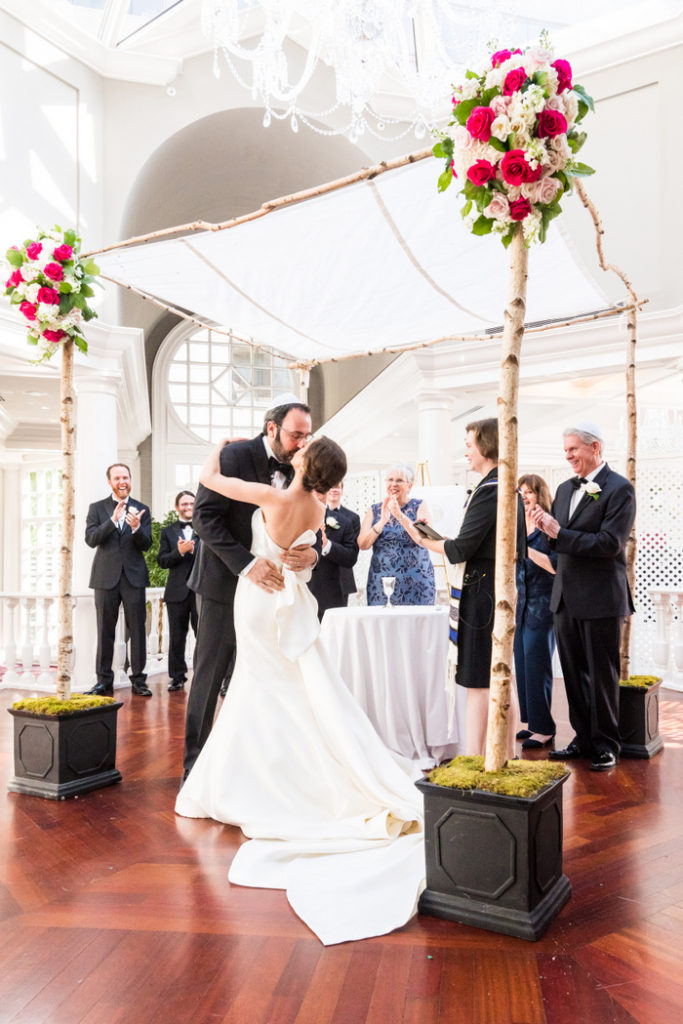 Father and daughter definitely had a special bond. 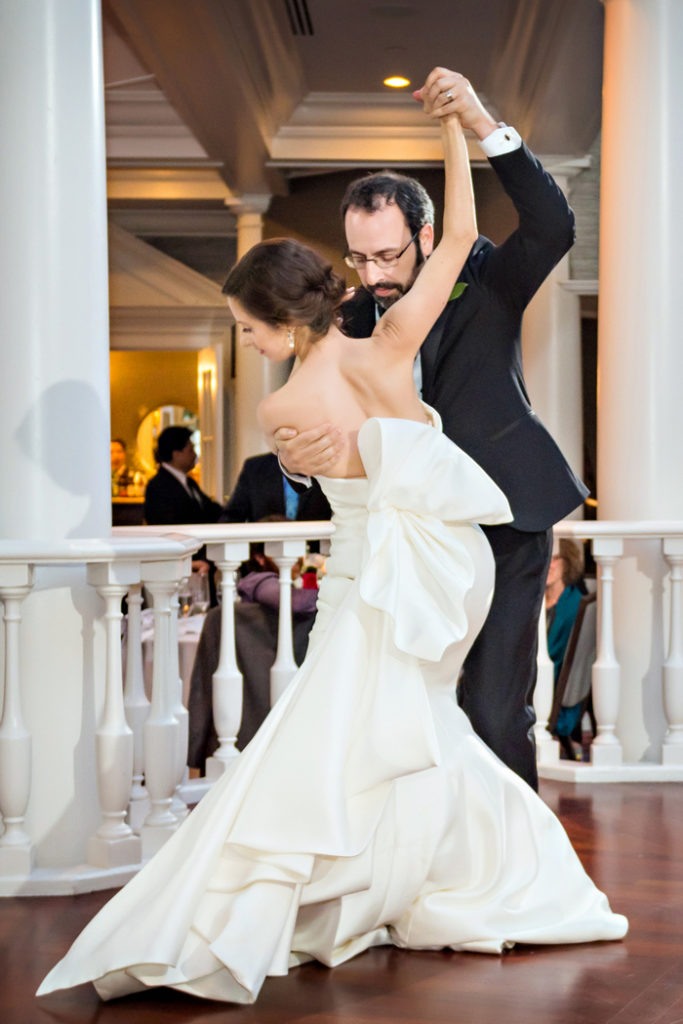 These theater veterans knew how to dial up the drama for their First Dance dancing the tango! 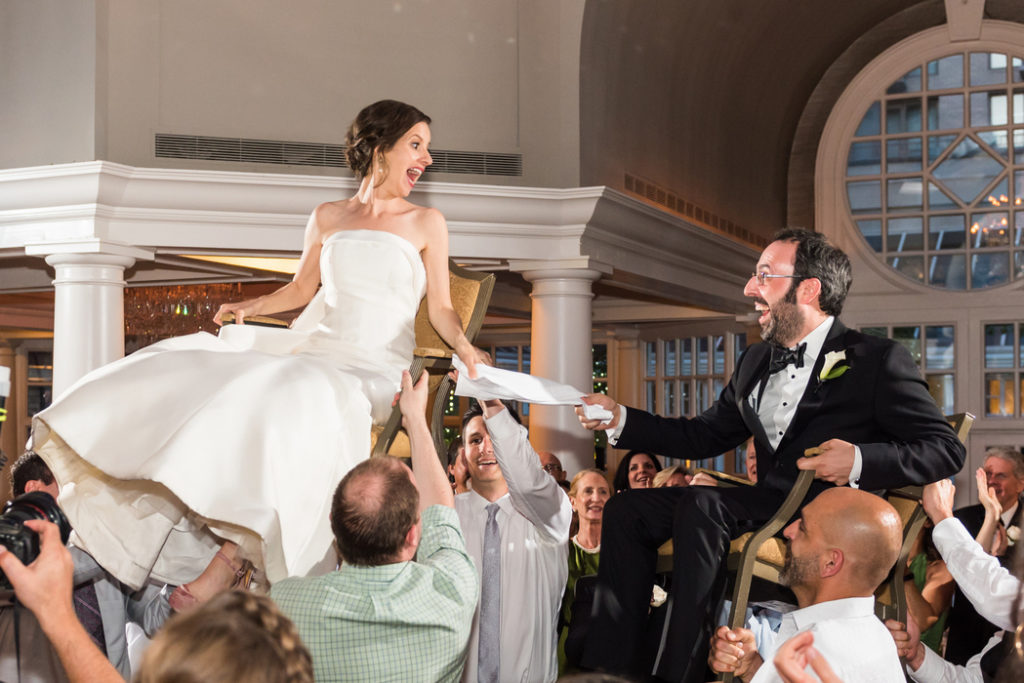 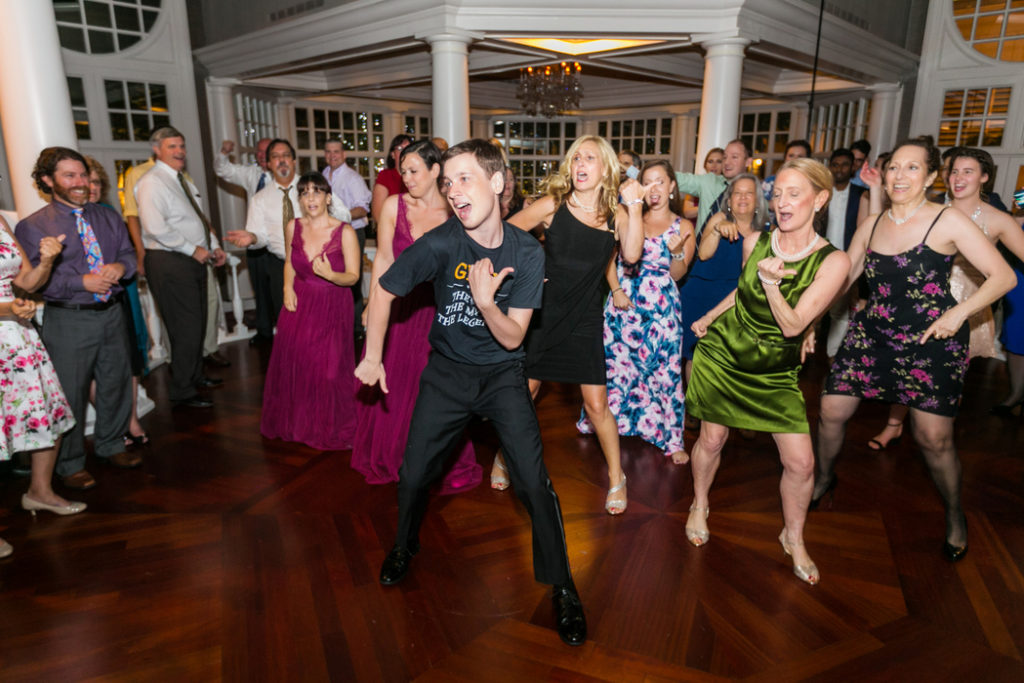 Nods to Chicago, where the couple lives, such as the iconic skyline on the wedding cake appeared throughout the wedding.

Check out more Real Weddings at the Fairmont Hotel and in Washington, DC, and fall weddings.

Like what you see? Tell us about your event today and let’s start planning!